The house smells like cinnamon sticks, the delectably redolent scent of my later childhood. There’s a pot on the stove emitting vaporous memories. 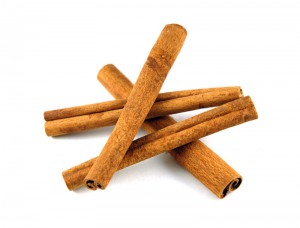 My father’s high crack is creeping out from the top of his infamous red sweats and my mother is reminding us not to curse too much because she’s videotaping us opening presents. The two dogs are there – Dora, the rambunctious black lab who an elephant tranquilizer couldn’t put down, and Sydney, the regal yellow lab whose genial nature gave calm to a sometimes-calamitous house.

And so this is Christmas.

I’ll never forget how when I was maybe 10 or 11, I wanted a multi-tool pocketknife. I was in Boy Scouts at the time, and, typical of so many children and adults nowadays, I wanted a Leatherman or a Gerber to keep up with the Joneses. Well, I didn’t get one; instead, I got a Coleman with a plastic exterior, not at all like the steel plated veneers of the more preeminent brands previous mentioned.

The exact same Coleman multi-tool that resides underneath my kitchen sink via marineandmarine.com

I had asked for something specific, and I had received something else; what the hell was my father thinking getting me this cheap knockoff? Did he know how the kids would look at me if I brought that around? Did he have no care or concern for my social well-being? Did he not love me? Had I done something wrong?

However, despite my misgivings, I never said anything about it – maybe a few bratty bleats, but not a full-on My Super Sweet 16 temper tantrum – and, within a year, I had a Gerber that sized-up to the rest of the troop’s knives. Well, looking back on it, no one cared which knife I had just like no one cared which in-line skates I had or which basketball sneakers I had in other sections of my childhood. Why? Simple: It’s not about the name; it’s about what you do with it.

I bought the brand new T-Macs, Tracy McGrady’s signature shoe for Addidas when I was in ninth grade, and I got laughed at initially since I sucked at basketball. The shoe didn’t make me a better player; the practice I put in did. 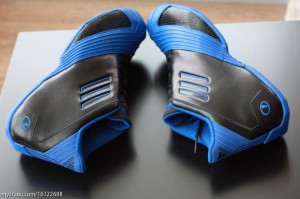 The inaugural TMac 1s that I bought in ninth grade via sole collector.com

Same with the K2 skates with the grindplates on them I needed to have, thinking naively that if I had the designer threads then I could do what the pros did. Yet, I never used them more than a few times because I was too chubby and too weak in the ankles to jump up on a pipe and slide down it.

And the Palm pocket organizer, had to have that too; it had so many functions and could teach me so many things. Well, it taught the closet so much since a 13-year-old kid had no use for synching his bare calendar with a handheld device.

Had to have those material items to make myself stand out from the pack or make myself fit in with them, I don’t know. And my parents indulged me; I was never wanting throughout my adolescence. Only with that multi-tool Coleman. And maybe a paintball gun, which is a story for another day.

My father, though, used to impress upon me that it’s not about the name on the front of it; sure, you should have nice things – everyone deserves them – and you get what you pay for, but it’s more so about the practicality of it and what you do with it. I didn’t understand it at the time and it took many fickle arguments over frivolous issues to finally see where he was coming from; alas, as was usually the case, he was right.

None of the material items I thought I needed throughout various stages of my childhood were helpful in any way. I had no use for them. Moreover, the items themselves would not make me better simply by possessing them – work would. So, if I wanted to skate better or ball better or learn better or do whatever better, I had to actually take the necessary steps to achieve those aims. Without the work, I was like every other kid in a pair of fly shoes who can’t dribble a basketball.

The Coleman reemerged in my apartment when I moved in; I realized my father had packed it in a makeshift tool kit he had quickly assembled for me, and, as luck would have it, I’ve used it innumerable times to tighten a screw, to scrape some glue, to twist a nut, to do countless other jobs around the place. That supposed slipshod, cheap knockoff of a real multi-tool that all the other kids had has endured for over 15 years. As for the Gerber, it rusted and was discarded within two years. Dads know.

This will probably be the last Christmas I spend with my family in our house, a decision my fiancé and I decided was best; as much as I’ve tried to avoid the reality of it, I’m an adult about to get married, start my own family, and have my own Christmas. Scary.

Yet, as I prepare to bundle up and brave the whistling whip of the wind, as I prepare to brace my wallet to get ripped off by a disingenuous, possibly illiterate tree salesman on York Avenue, I’m giddy. It’s Christmas night all over again with the expectations of what may be, and I’m taken by the season and the new life with my future wife I anxiously await.

I’ve never bought a Christmas tree for myself before – we always had the fake one in the attic – and I never put the ornaments on it because my grandfather didn’t, so I thought that was the ultimate expression of masculinity since he was a man’s man. Men didn’t decorate; they sat on the couch and complained about the long lines at the stores and the idiots who would wait on them to get a toy.

The point is that men and women have families and they instill certain values in them, values that are being degraded every day a family dinner doesn’t happen, a question about homework isn’t asked, a Christmas tree isn’t decorated, and a complaint about the New York Mets isn’t lodged. My father’s lesson still endures every time I use that “cheap” Coleman multi-tool, a testament to the wisdom that I ardently fought against in my childhood.

Those moments with the family are invaluable even if you don’t realize it at the time. They will be. Trust me on that.